ROSHAMBO is one of the most popular HipChat Connect add-on's on the Atlassian Marketplace. I built this add-on in 2 days during the Atlassian Grad(lassian) 2016 Bootcamp while the other graduates decided to take on real issues and bugs in JIRA and Confluence because they are better programmers/employees.

As of March 2017, it has over 3500 installations and about 500,000 games of rock-paper-scissors played - I have not touched the code for it since early last year and I'm actually too afraid to do so now.

I have no idea why or how but after releasing ROSHAMBO to the Marketplace, someone wrote an article about it on Mashable and then somebody else copied it to a German tech news site. Strange yeah?

What does it do? 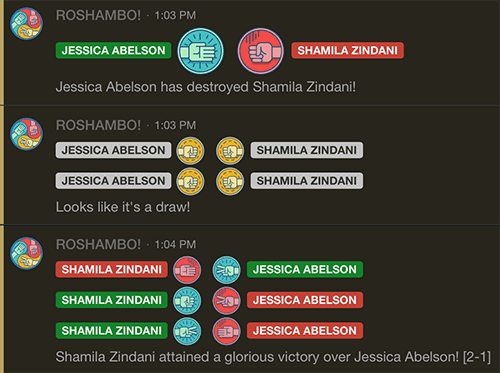 It's a rock-paper-scissors game for HipChat!

Once installed into a HipChat room, a user can challenge their colleague by entering /rps slash command.

Both players can then select their moves in right sidebar and once they have the result of match will be sent to the room as a message, declaring the winner! 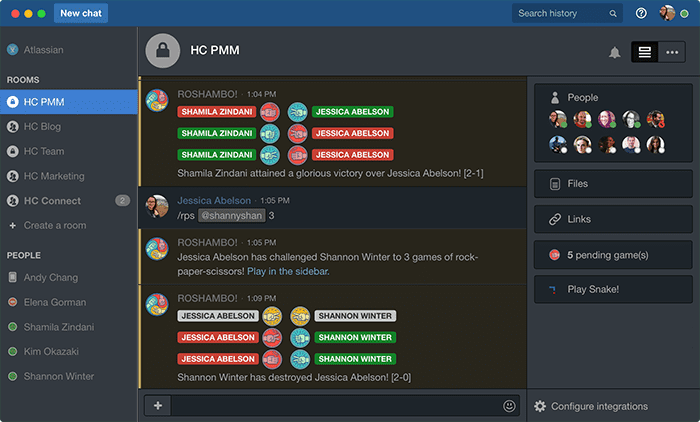 For extra spice, I also added lizard and Spock.

Stats of the win rates and move history are stored for each user. 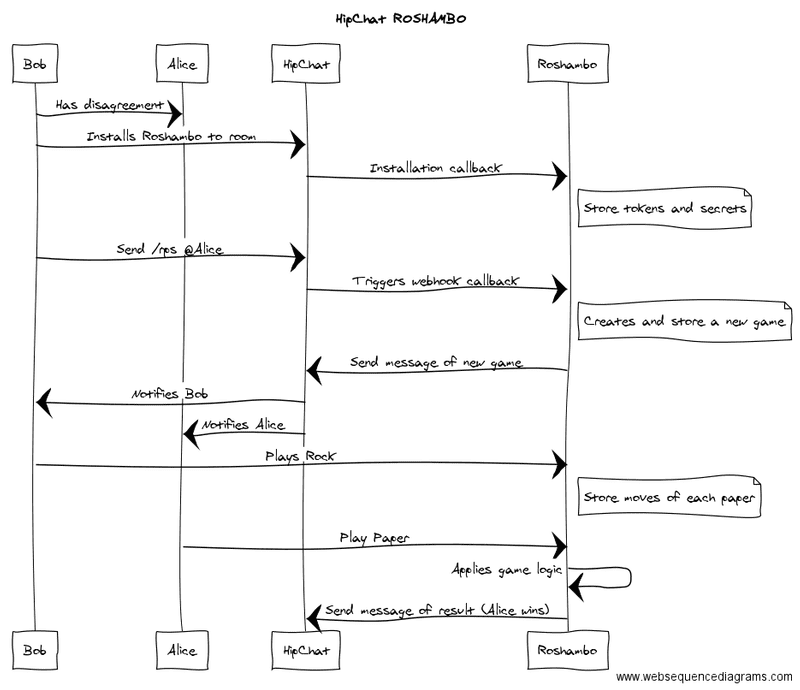 I drew up a sequence diagram of what I "think" it does. I wrote add-on this over a year ago so I don't actually remember how it was done.

I recently started drawing sequence diagrams at work to help me think through problems and I can't seem to stop...

I can say that it was built on top of atlassian-connect-express meaning that the add-on is a node.js app using handlebars.js for serverside rendering.