Amazon Web Services was in town this weekend and hosted a brilliant hackathon at BlueChilli. The hackathon was aimed to promoting diversity and equality in the workplace, especially in the tech industry. The weekend started with a bunch of product managers and entrepreneurs pitched their ideas and the rest of developers and designers voted for the best 10. 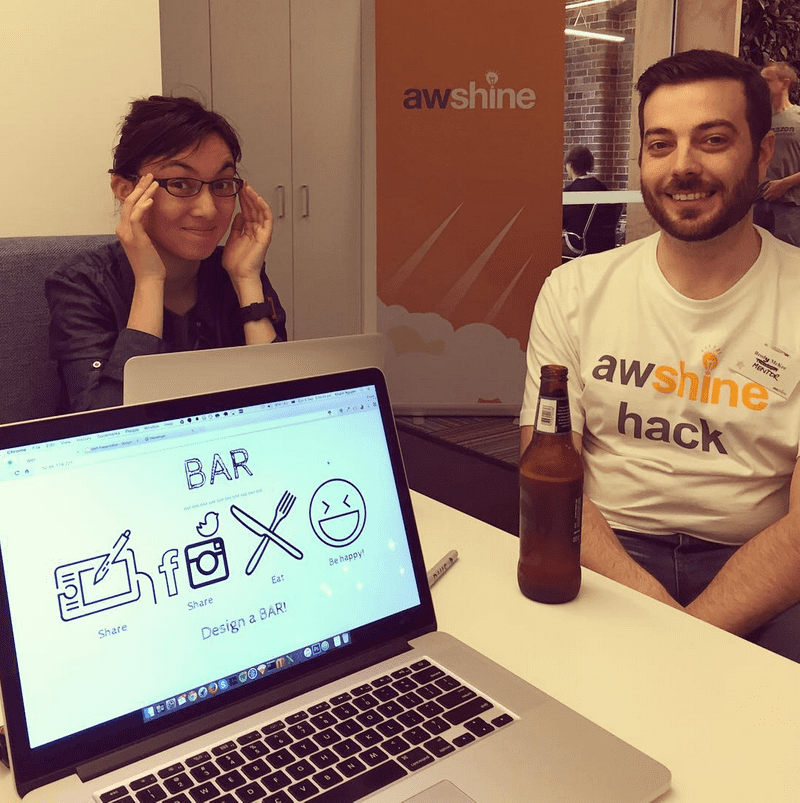 At first I joined a team that was going to create a renting stuff application but we had 8 people and the limit for each team was 6. So another person and I volunteered to leave the team to look for another. Turns out, all the teams were filled out too, so we decided to make own team! Because screw the rules. So it was just me and this girl from the same university as me, Kayla.

For the hack, we decided to go with Kayla’s idea which was a muesli/energy bar creator. This was really handy since I happened to have had a large database of nutritional values of a wide range of foods and ingredients. So once again, we whipped up a Ruby on Rails application with an unholy amount of JavaScript and created the energy bar creator app, BAR. 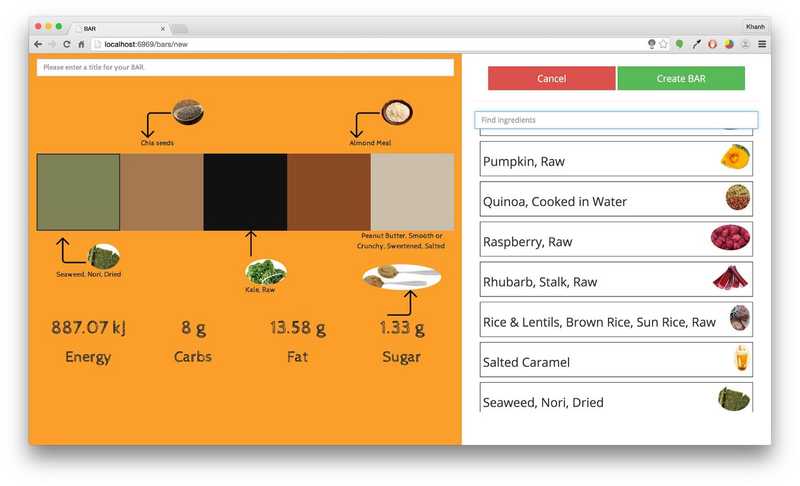 We went to the Cuban Place on the Saturday night because we couldn’t resist the live Latino music. Brody from Learnosity sat with us and drank beer. He’s a pretty cool guy.

The pitch went super well despite some technical difficulties with the crappy HDMI cable. Unfortunately we could not compete with the scale and quality of the other teams. But it was really fun weekend with good people and good food.